The PortalFuse Beta Was an Important Milestone, Plus New Features and Services for Easier Intune Management

The driving force behind PortalFuse has always been about making Intune and Azure AD easier to use. The tricky part has been deciding what that means to our customers, so it was about time to get real people in front of PortalFuse and talk to them about their everyday experiences.

For everyone at PortalFuse, the beta test of the application was a huge milestone, one we’ve been looking forward to for a long time.

It didn’t disappoint. The beta helped clarify things we were doing right and areas where we needed to spend more time improving. Leading up to the release of the beta test, our focus was to help an optimistically wide range of Intune and Azure users, from the helpdesk to system administrators.

The layout of the application and feature set reflected this perspective, and, until the beta, we didn’t have much of an opportunity to sit down with people and ask them what they struggled with in day-to-day Azure AD and Intune management.

Some great people stepped up, with a wide range of backgrounds and customer environments, and at the end of 3 weeks, the team began working on the latest sprint. More on that later.

Before jumping directly into the new features, I’ll quickly recap the beta and go over some of the core business and technical factors that were motivating the beta test. Then we can talk about what’s coming in the future.

A Quick Recap of the Beta

PortalFuse has been taking shape for the better part of 18 months and it was time to release our first stable version of the application. We had a number of goals that we wanted to focus on, and the most important one was to begin the process of involving our customers and community in the development process. 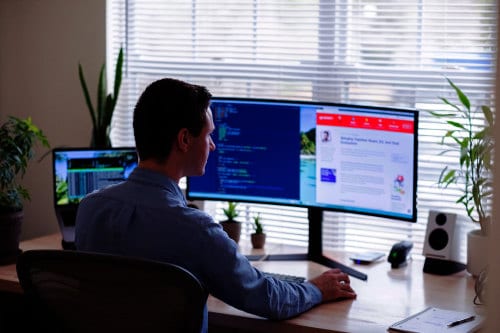 Until the beta, we kept the development process close to the vest and focused on solving problems based on our customer engagements and particular workflows. At last, we were ready to open that process up and start building a community, because that’s where our hearts are at.

We also wanted to assess the usefulness of the features and options we had built as well as evaluate the functional architecture of the application.

As part of the beta, we hosted a number of workshops to allow our testers the opportunity to tell us their story, how they support users and what they wanted to achieve.

One theme that emerged was that small and even medium-sized organizations did not have the resources or technical experience to take on the responsibility of deploying, configuring, or maintaining their Intune deployment. Compounded by a rapid shift of transitioning large portions of the workforce into a cloud environment, and the introduction of many non-Windows devices to MDM we realized there was a significant opportunity for PortalFuse to help simplify the implementation of Intune.

The one area we came up short was that we didn’t get the opportunity to fully stress test the infrastructure, but we’ll be turning back to that in upcoming sprints.

Finally, the most requested feature that our product team received was the ability to easily track and audit license usage, both at the organizational level and the user level. Licensing remains a complicated and convoluted area of IT governance that is extremely difficult to manage because of the data available versus the problems our customers are presenting us with.

We closed the beta test in February, and have eagerly been preparing for the next sprint, which will take PortalFuse to our first production version. So let me showcase what you can expect in the next release.

Important Features and Usability Improvements in the Pipeline

Direct and Group assigned licenses with duplicate assignments identified and indicated with the caution icon.

Office 365 license usage broken down by OS and type.

Profile configurations are at the heart of good Intune governance, so we’ve expanded what you can do with these policies and built a PortalFuse maintained policy repository that will hold industry-grade policy templates that you can use in your Intune tenant.

We’ve also made it easier to backup existing policies, which allows you quickly save and redeploy profiles. Now when you backup a configuration profile, a copy is stored in your cloud. You can also download profiles to your local machine as JSON formatted files.

We added extra information regarding sign-in errors under sign-in report page. Sign-in error descriptions will speed up the triage of support tickets because switching over to the Azure AD Sign-in logs requires a completely different portal. Our approach was to make the information more accessible for the support technician to quickly resolve the issue.

We’ve wanted to release the configuration profile name generator for a long time and are finally able to squeeze it into a sprint. The name generator is a tool that helps you quickly generate a standardized profile name based on the OS and use case. Having a naming standard helps enormously, especially when exporting files to JSON or looking at all the policies in the tenant.

We first started by formalizing a name pattern that maximizes the readability and purpose of the profile. For example, one of the patterns for application configurations is:

which would produce the following profile name:

The profile name generator is pre-populated with context-sensitive options that are curated by the team. In just a few clicks, you’ll have easy-to-read and highly transparent profile names that you can use in your tenant to standardize profiles and keep the tenant and console clean. 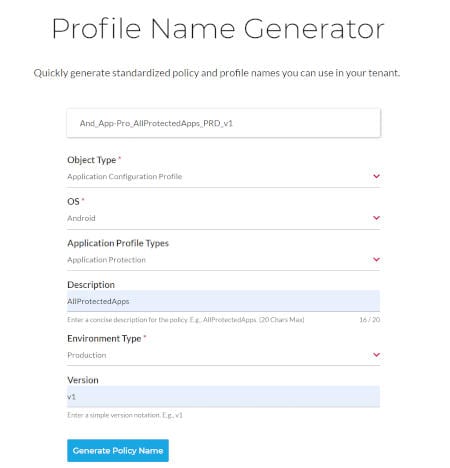 Create standardized configuration profile names that are concise and readable.

We’ve also planned to release a web-based version that the community can use. We believe standardized profile names are vital for well-managed environments and are working hard to promote a naming standard across the industry. Stay tuned for more details on our naming standards.

Next Release Scheduled for End of June 2021

The development team has been doing excellent work and are on schedule to release a major update to production near the end of June.

That brings our Beta Test recap to a close. We’re excited about the direction that PortalFuse is taking and would love to show you what we’ve been working on.

We build Azure-native SaaS dashboards and reports that streamline Intune and Azure management. We are committed to developing industry standards and best practices for modern IT management and governance in the cloud.

A deep dive into your application license portfolio.

Let us handle all the technical details of installing PortalFuse in your tenant.

The Mobility Strategy is ideal for organizations struggling to manage and secure applications and data on modern devices.

Book a demo to see PortalFuse in action.

The page you requested could not be found. Try refining your search, or use the navigation above to locate the post.

Twelve time Microsoft MVP currently for Windows and Devices for IT | CEO and Founder, Big Hat Group Inc. | Author and Blogger | Kevin Kaminski is an authority in Microsoft enterprise solutions with over 20 years of experience that ranges from device management to data center architecture. In that time, Kevin has provided leadership, technical expertise, and training to organizations large and small, which has contributed to his passion for delivering solutions-based approaches to modern IT challenges.

Our team will share updates about PortalFuse and occasional technical posts to discuss topics related to Azure and Intune and modern management. 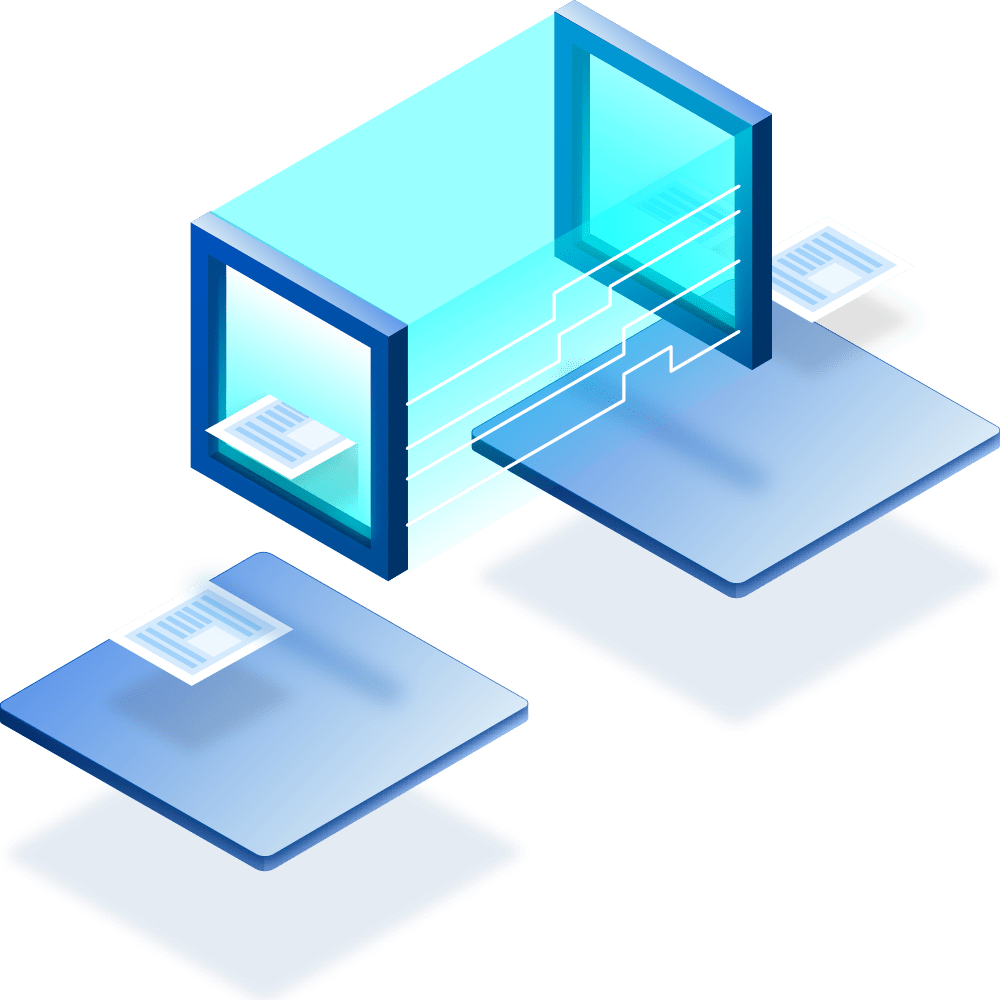 Book a DemoWe can accommodate Teams and Skype

PortalFuse can quickly simplify common IT tasks when managing Users and Devices.